Today I have a special guest writer, my son, to tell you about a website that my kids have been having fun with and has been a motivating factor in helping them get things done called HabitRPG. It is a website but there are also apps on Android and IOS which aren't as user friendly as the website yet (they're working on it). I haven't used it as much as the kids have so I'm grateful he accepted my request to write this post. With no further ado, my guest writer. 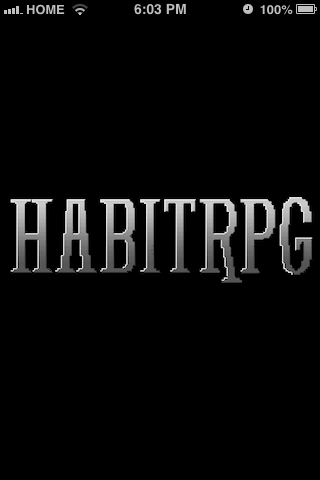 So today I am going to blog about a new website that my Mom found for me called HabitRPG.

HabitRPG is a habit tracking website that as they say it “Your Life The Role Playing Game.” There are   three different  types of tasks. The first type of tasks are Habits which you can do as much as you want and get lots of gold from them. The second type of tasks are dailies. As the name suggests these are things you do everyday as part of your routine. They can also be only on certain days (e.g. you only have school on Monday to Friday so you just highlight those days and not the weekends) Finally the third and last type of tasks are to-dos. To-dos are a one time basis thing for stuff like go grocery shopping not something you would do every day.

As you do tasks you level up and different things happen. At level 2 you can get armor with that gold that you saved up. Level 4 enables drops which “drop” eggs, hatching potions, and food. With eggs you can hatch them into pets with hatching potions. You can feed pets and they will grow up into mounts that you can ride. At level 10 you unlock classes from which you can pick either Warrior, Mage, Rogue, and Healer which each give you special “powers”. Also if you are homeschooled then you can just put your children’s assignments in their HabitRPG if they need a little bit more motivation.  Well that has been a pretty long rundown of HabitRPG.

Now I am going to talk about some of the negative aspects of HabitRPG. As in most RPGs [Role Playing Games] HabitRPG has weapons and “magical” potions. There are also gems that cost money but are not needed. They cost $5 and they give you 20 gems and remove ads. On that subject, ads are only little white things with words and sometimes they don’t even show up depending on your internet so no inappropriate pictures. Also there are different types of pets you can get there are nine eggs and ten different hatching potions two of which are zombie and skeleton which some families don’t like. HabitRPG also has a social party that your child could join so I would just go over the rules and tell him/her to not go on that and set up a party for just your family (maybe your friends as well). It also requires an email to sign up for it like most websites. Finally always know your child’s password so you can see what they are up to.

That is pretty much it. So if you are looking for a fun gamified way to keep up your resolutions or just your daily life and you don’t mind the problems then I would sincerely recommend this website.
Thanks, my boy, for writing a guest post for me. The kids have added various school assignments as well as chores and hygiene habits to their lists. It has been a good motivation for them this past week. There is a wiki if you want more info. I am trying to use it with them but I have found the Good Habits app much more simple and user friendly for non-gamer me. 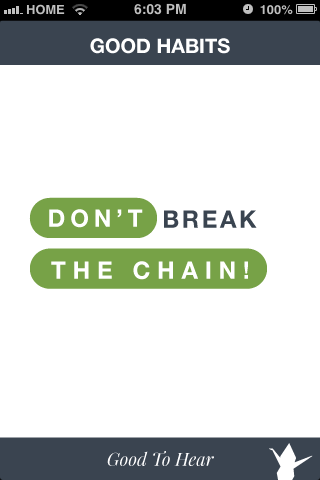 What do you use to help you stay on track with your habits?
Posted by Sonja at 7:16 PM No comments:

"By faith Abraham, when he was called, obeyed by going out to a place which he was to receive for an inheritance; and he went out, not knowing where he was going. By faith he lived as an alien in the land of promise, as in a foreign land, dwelling in tents with Isaac and Jacob, fellow heirs of the same promise; for he was looking for the city which has foundations, whose architect and builder is God." Hebrews 11:8-10

I'm really loving the OWNit365 One Story Bible reading plan on YouVersion. It is a walk through the Bible and each day there are a couple of corresponding of passages that relate to the part of The Story in the main scripture.

Today I got to Genesis 12. I'm so grateful for the example of Abraham. He went out not knowing where he was going because he trusted and obeyed God. As a result of his obedience all the people on earth have been blessed.

Reading about Abram this morning I thought of the contrast to Adam we read about last night in our catechism book. "God's covenant with Adam required him to trust God's Word enough to obey it. God wanted Adam to trust Him completely. When God told Adam not to eat the fruit from the Tree of the Knowledge of Good and Evil or he would die, Adam should have trusted God enough to believe and obey Him." As a result of Adam's choice to not trust and obey God all the people on earth have been cursed.

How I long to obey God like Abraham did walking into the unknown, obeying each step of the way because the One guiding my steps is trustworthy even if what He asks me to do doesn't make sense to me.  I long to always be "looking for the city which has foundations, whose architect and builder is God." It reminds me of "Will You Go Out Without Knowing?" by Oswald Chambers that I blogged about last January and the January before. It's January again, at least I'm consistent. I laughed and smiled and cried as I searched "go out without knowing" on my blog. Those posts remind me of God's faithfulness when He has asked me to go out without knowing. I can trust Him completely. You can too.


Trust Him. He is trustworthy. Obey Him. He knows best. He promises to bless those who trust Him and obey.

Interesting Epiphany or When the Sky Started Falling

Yesterday the kids and I went over to the church because the community ministries that we help with is moving to a different part of the church and we were helping out. While there I got a call from Glenn asking where we were and saying that he really needed us to come home to help because part of the roof had fallen in in the back room. (At least that's what I thought he said.) I ran around gathering kids, telling them we really needed to get home and we ran home to help where we could. 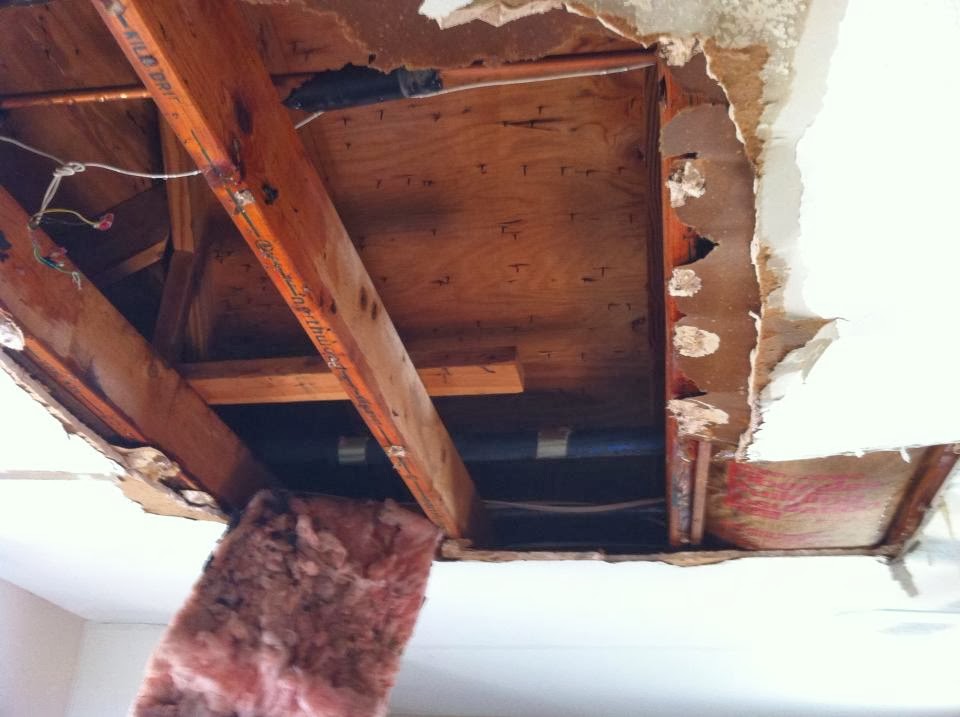 As it was it turns out it was the ceiling, not the roof (Glenn probably said ceiling and I, in my panic, just heard roof). 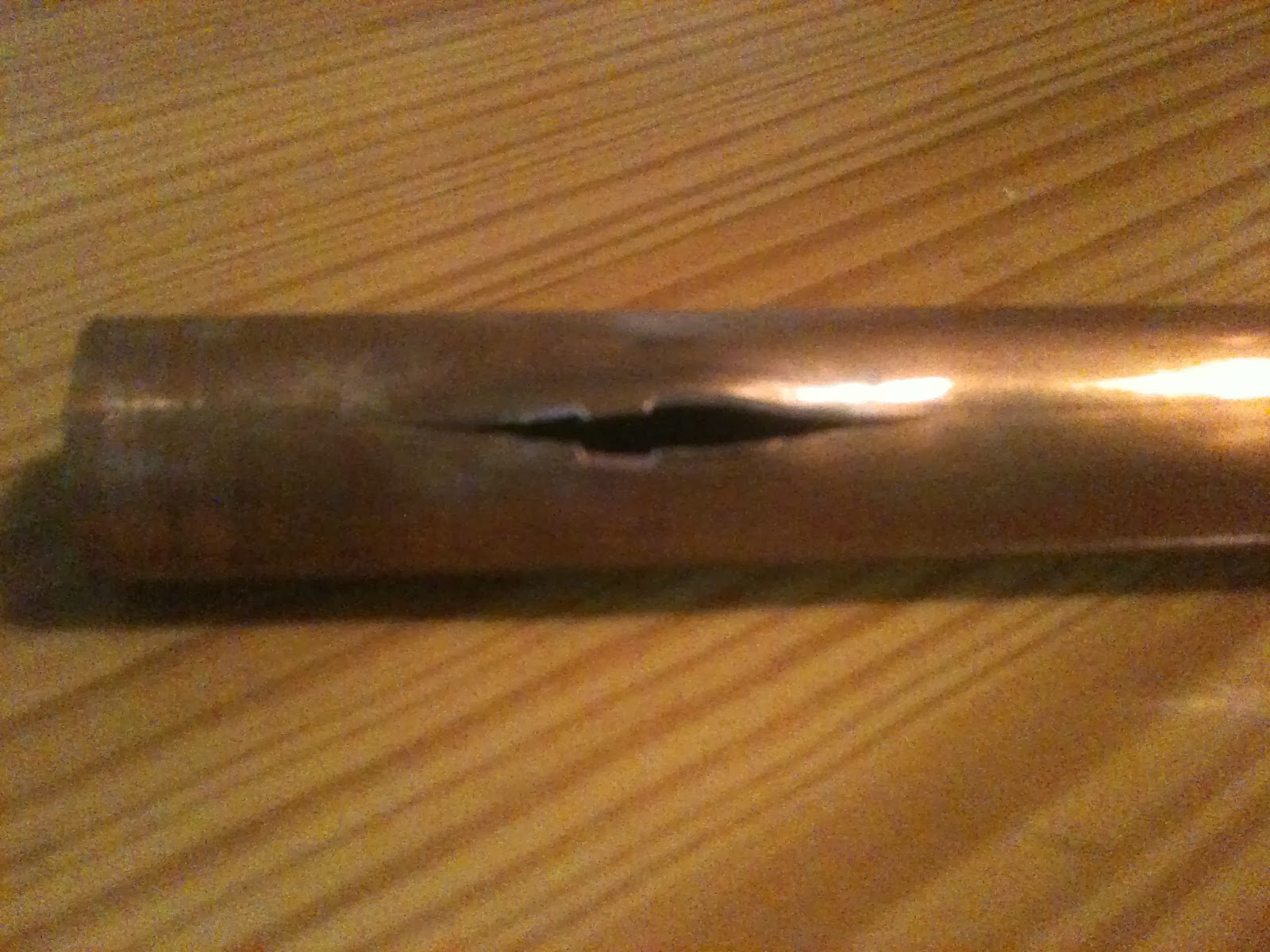 I guess that some animal had chewed the insulation stuff off our pipes and, with the temps under 20 the previous night, the pipes above the ceiling had frozen. It could have been horrible but here are things we're thankful for:

- Glenn's afternoon clinic had unexpectedly been cancelled so he was home at the time. (The kids and I probably wouldn't have gotten home for another half hour after we did and that would have been almost 2 hours after the pipes had burst - our house would have been flooded, tons of stuff destroyed and lots more damage would have been done to the house, etc, etc, etc.)
- Glenn had been in the room doing Wii Fit while waiting for us to get home when he heard and saw the water start flowing and was able to get some stuff moved before chunks of the ceiling started falling.
- Glenn was home and knew to and knew how to turn the water main off. I would have had no clue!! (Again, saving from a lot more damage.)
- Our landlord was close by. When Glenn called him he was actually just behind our house checking on the garage apartment back there that is vacant.
- The landlord's handyman was able to make it over and do a temporary patch job to make it so we could turn our water back on. (Hurray for being able to go potty in our own house!)

It could have been so. much. worse! We kept talking about what we are grateful for and and mentioning God's providence and how He worked things out. It took me back to our catechism book:
Q11. What is God's providence?
A. God's providence is His completely holy, wise and powerful preserving and governing every creature and every action.

I'm thankful that, in God's providence, Glenn's clinic was cancelled yesterday afternoon so he was home when the ceiling starting coming down in the back bedroom/ school room. Now we get to heat the outside as we wait for the remaining parts of the ceiling and insulation to dry before the handyman will come back and fix the hole in the ceiling. I'm, once again, so thankful that we don't own this house!! I'm thinking that our landlord probably wishes it wasn't his either. 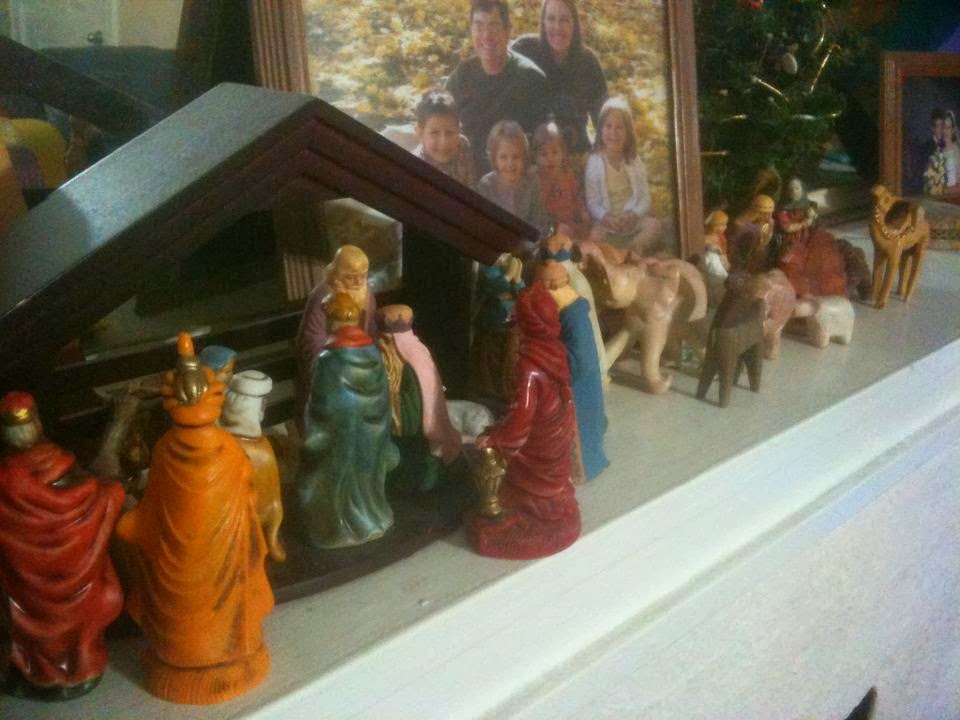 Our normal tradition is to have our Magi and their entourage finally arrive at the baby Jesus, exchange gifts and eat Chinese take out (since the magi came from the East) on Epiphany so while the handy man was working on the pipes we exchanged gifts and phoned in orders to two local restaurants. We had never ordered from the Lebanese or the Chinese restaurant before so we ordered too much and ended up with tons of food. I guess we'll have leftovers for several days. 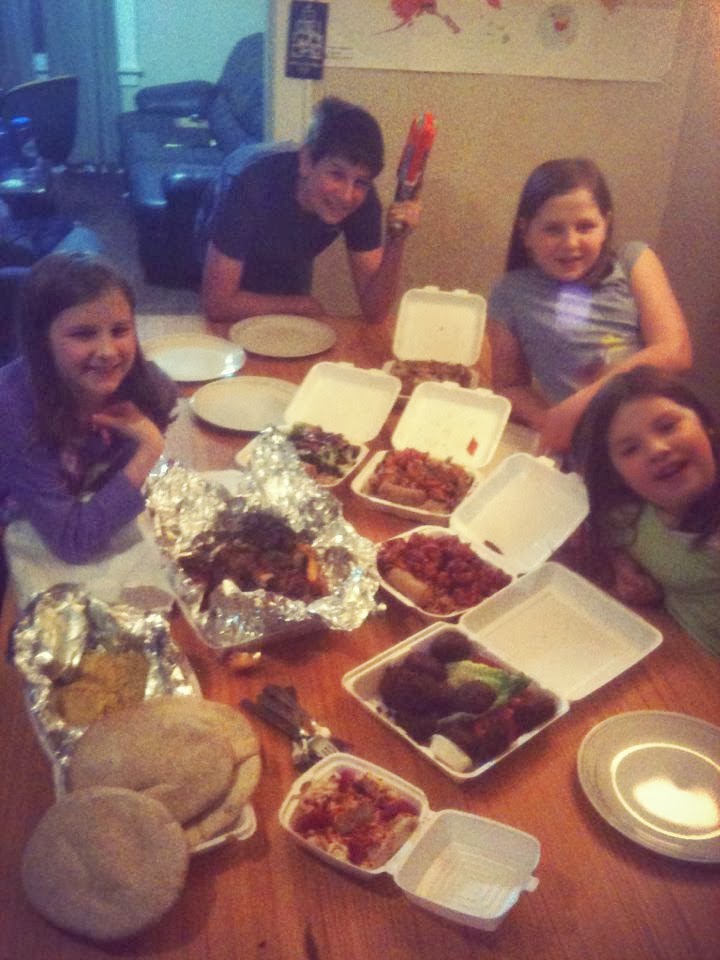 After dinner Glenn and the kids had an all out Nerf gun war and then we played another round of 10 Days in the USA. (It's our game of the week that we picked up on clearance at Hobby Lobby.) After that we did Thank Yous and read "The King of all kings" from The Jesus Storybook Bible.

It was not your typical Epiphany celebration but it was a good day. I got to spend most of it with my favorite people. God was, again, so gracious to us and I, again, wonder why He chooses to be so gracious to unworthy us.
Posted by Sonja at 4:40 PM No comments: